23 December 2021 year commission composed of representatives of NCUVKZ, Kyiv PGZ, NVP «Saturn», The SCA heard a report on the implementation of the 3rd stage of the contract 2021 year on the modernization of the RT-32 radio telescope, that in the city of Zolochiv, Lviv region. Volodymyr Chmil, Chief Designer of Saturn, reported on the work done this year. He, in particular, said, that the question of transfer of the information to the customer with speed to 10 Gigabit per second and the necessary X-band blocks are made, which will be assembled and launched in the first half of next year.

On the modernization of the RT-32, except Saturn, other institutions worked: OY Usikov Institute of Radiophysics and Electronics of the National Academy of Sciences of Ukraine, Radio Astronomical Institute of NASU, Ternopil National Technical University named after Ivan Pulyuy.

"Unite everyone's efforts, achieve interaction, that every representative of the cooperative did his job as best he could - that was it, apparently, the most difficult task. But, the chief designer of Saturn managed to coordinate the efforts of all participants. In general, work of SPE "Saturn" of the 3rd stage of the contract 2021 year completed in full. This work on the creation of receivers C, K-bands, radio telescope control systems, information storage. The tasks were difficult, so I am very grateful to the chief designer Vladimir Chmil. He, one of the few specialists in Ukraine, which creates highly sensitive receivers, which can also be used for some defense systems in Ukraine. NVP «Saturn» – it is the only enterprise in Ukraine, which can fulfill such a difficult mission at present ", – said the chairman of the commission, Anatoliy Poihalo, Deputy Head of the Central Research and Development Center for Development and Testing.

He also noted, that the RT-32 radio telescope enables the specialists of the Radio Astronomical Institute to conduct the necessary basic scientific research of the Universe. The National Academy of Sciences of Ukraine recognized the RT-32 among the ten greatest scientific achievements last year.

Work on the modernization of the RT-32 radio telescope is scheduled to be completed by the end of next year. "I want to hope, that the situation will not prevent us, formed at the enterprise ", – said Vladislav Chmil, Chairman of the Board of Saturn. "Now the company has to repel raids by the construction mafia, encroaching on a large area of ​​"Saturn", seeking to build a housing estate there. It may end there, that we will go bankrupt and the company will close. The consequences of bankruptcy are the release of people, projects will not be implemented, orders will not be fulfilled. The struggle for the enterprise has been going on for six months now, the case is being considered by the Pechersk court. It, Of course, distracts from the workflow, however, we do not lose hope to survive and carry out the planned work, of course those, concerning the modernization of RT-32 in Zolochev ", – said Vladislav Chmil.

The commission accepted all the work done this year by the Saturn Research and Production Enterprise. 3-x RT-32 band radio telescope is working, performing the tasks of NCUVKZ, State Space Agency and NASU, exploring the universe. 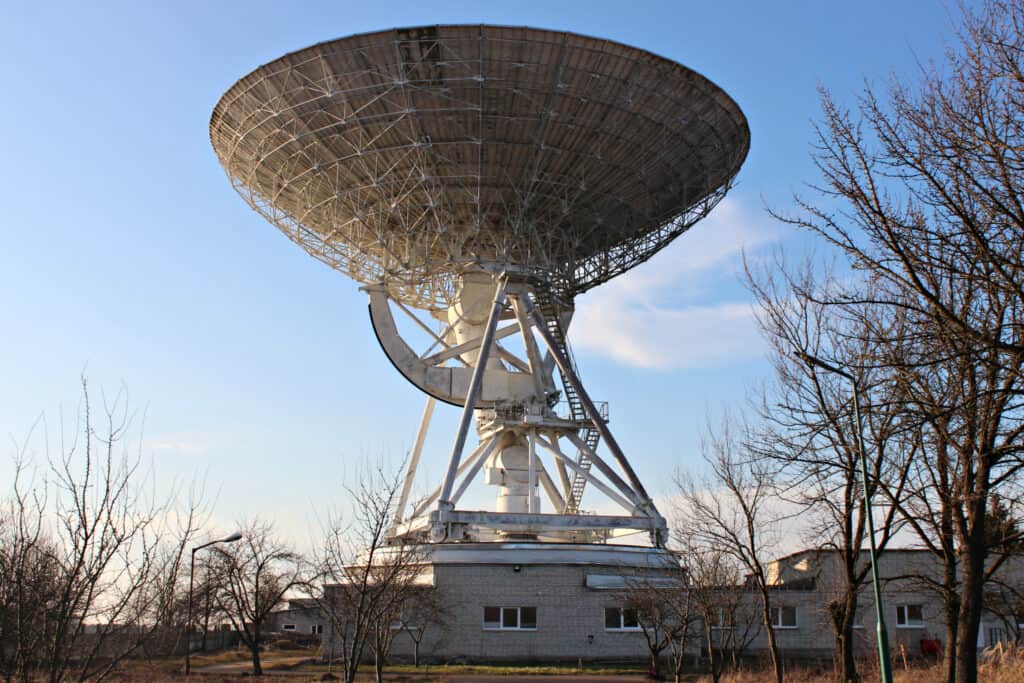